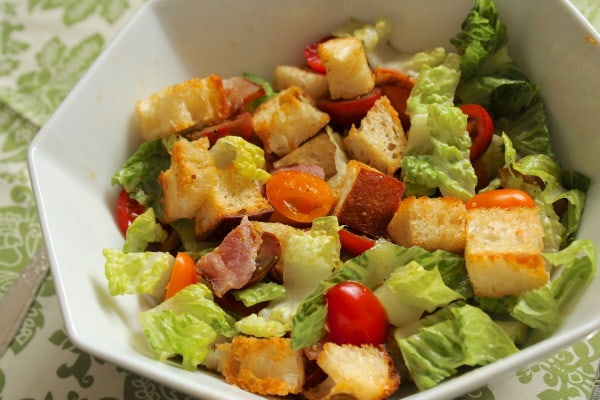 It’s no secret – at least to those of us sane people who like tomatoes – that one of the best summer lunches is a good ol’ BLT. Toasted bread, crisp lettuce, juicy tomatoes, crunchy bacon…it just doesn’t get any better than that.

During a recent texting conversation with my blogging sounding board, it was decided that it would be entirely possible and utterly delicious to turn the traditional BLT into a panzanella, a Florentine salad traditionally made with stale bread and tomatoes dressed with olive oil and vinegar.

Basically, we are looking at a salad made of carbs. There’s no way you could possibly go wrong with that.

Since a “traditional” panzanella is already based on bread and tomatoes, it didn’t seem like too much of a stretch to throw in some bacon and a handful of lettuce. Of course, I really love my BLTs with avocado, so I swapped out the traditional oil and vinegar dressing for a creamy avocado dressing. 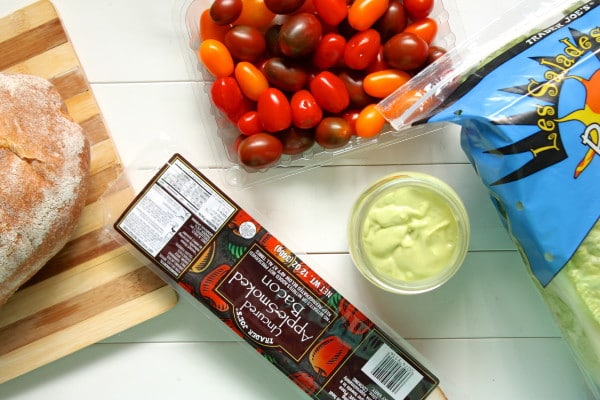 Let’s talk about this dressing for a hot minute. You’re gonna have way more than you’ll need for this salad, and you’re gonna be glad. This dressing is glooooorious, and is great not only for salads but also as a dippity dip for veggies. Or a spread for sandwiches.  Make your own life choices here, friends.

Oh, and since we are all sophisticated and calling this a “panzanella”, that totally makes it fancy-pants summer entertainin’ food, right? That’s what I thought. 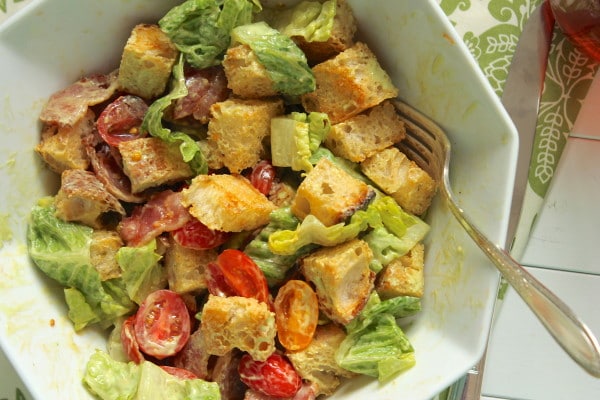 Print
Yield: 2 main servings, 4 side dish servings
Ingredients
For the dressing:
For the salad:
Instructions
Notes
This dressing is definitely tangy from the red wine vinegar, which I personally love. If you would like it to be less tangy, you could certainly reduce the amount of vinegar and thin out the final dressing with a little bit of water, if desired.
3.2.1230