Pecan Raisin Pie adds raisins to a luscious, corn-syrup-free pecan pie filling for a pie that is as unexpectedly wonderful as can be. 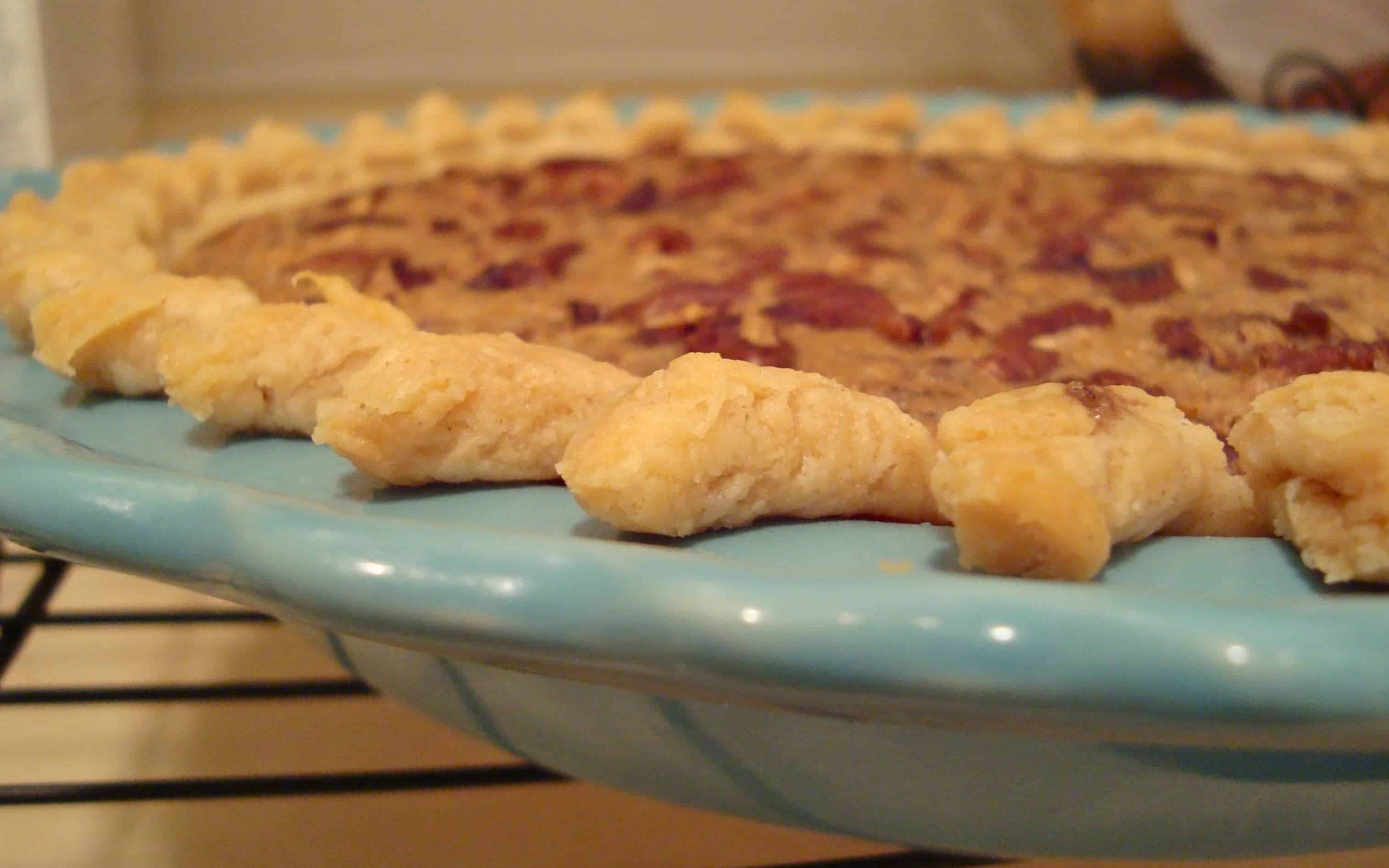 This is a story of my mother and two life-changing events.

The first occurred when she was in college and learned how to make the perfect pie crust.

The second was a number of years later when, while flipping through that year’s Southern Living cookbook, she stumbled across a recipe for Pecan Raisin Pie.

I suppose you could say that the marriage of these two things – my mother’s pie crust with this most unique pie recipe – pretty much altered the way my family would forever celebrate any holiday.

Seriously, people, this pie will revolutionize your world.

I am certainly not exaggerating when I tell you that my mother is not allowed in the house at Thanksgiving or Christmas if she does not at least have the ingredients for this pie with her. Who makes this declaration? Her little brother.

Yes, my uncle – a grown man – reverts into a pouting 7-year-old if he does not get his pie. But not just any pie; it must be THIS pie. It is also the pie that somehow, over the years, has become my birthday pie – who needs mediocre cake when you can have PIE?! 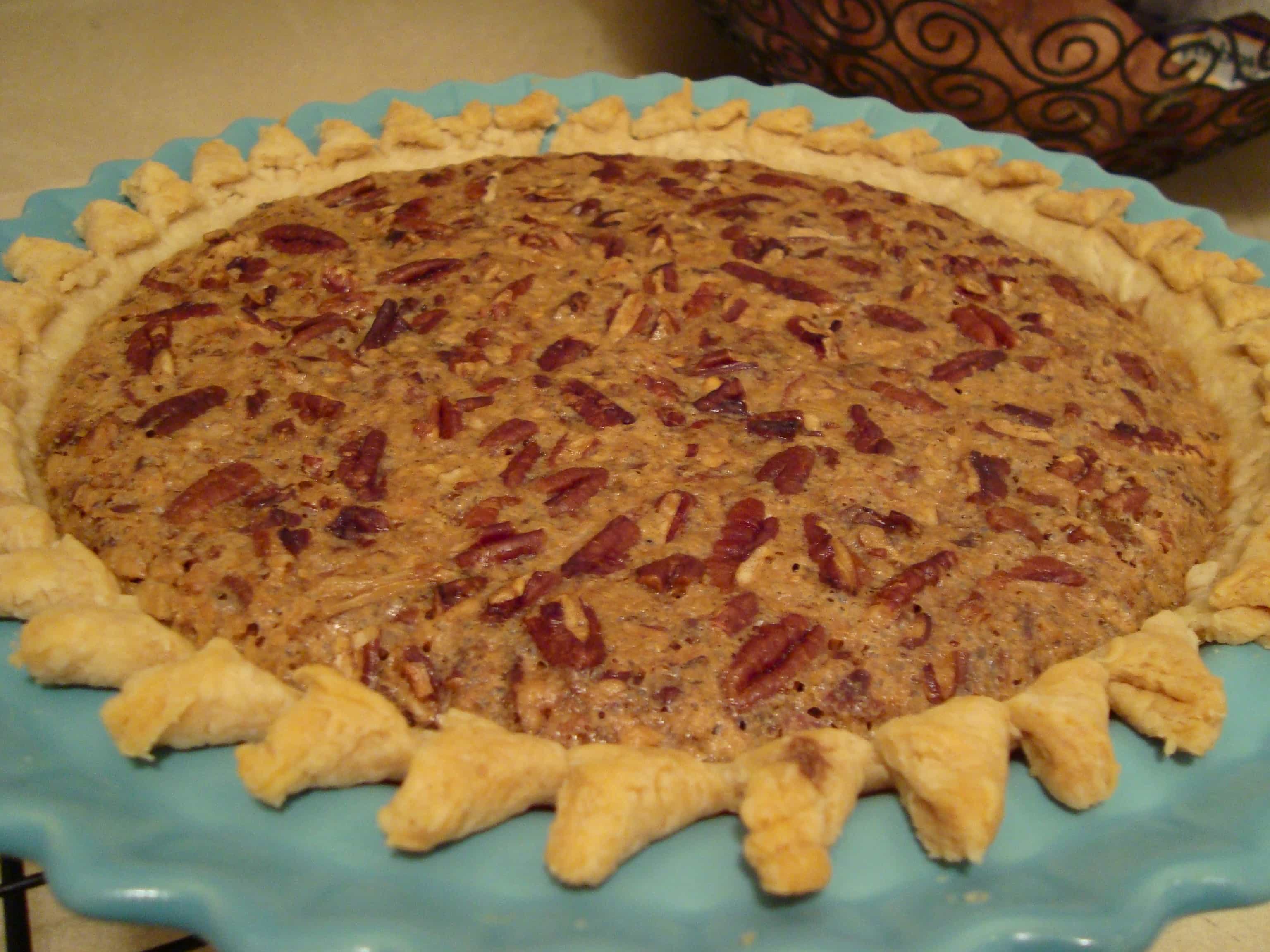 So really, what is so spectacular about this pie? Isn’t it just like any other pecan pie recipe?

Firstly, this recipe does not use corn syrup, which is a major ingredient in most pecan pie recipes. The result is that this pie, while still being rich, does not have the heavy stickiness that so often occurs with pecan pie.

Secondly, there is something about the addition of raisins in this filling that creates an element of perfection that you never realized was missing before. The crunchy, toasty pecans pair perfectly with the chewy fruitiness of the raisins; combined with the silky, buttery filling and a perfectly flaky crust…well, say goodbye to pie as you once knew it.

You’re going to be ruined after one bite. Just like my uncle. 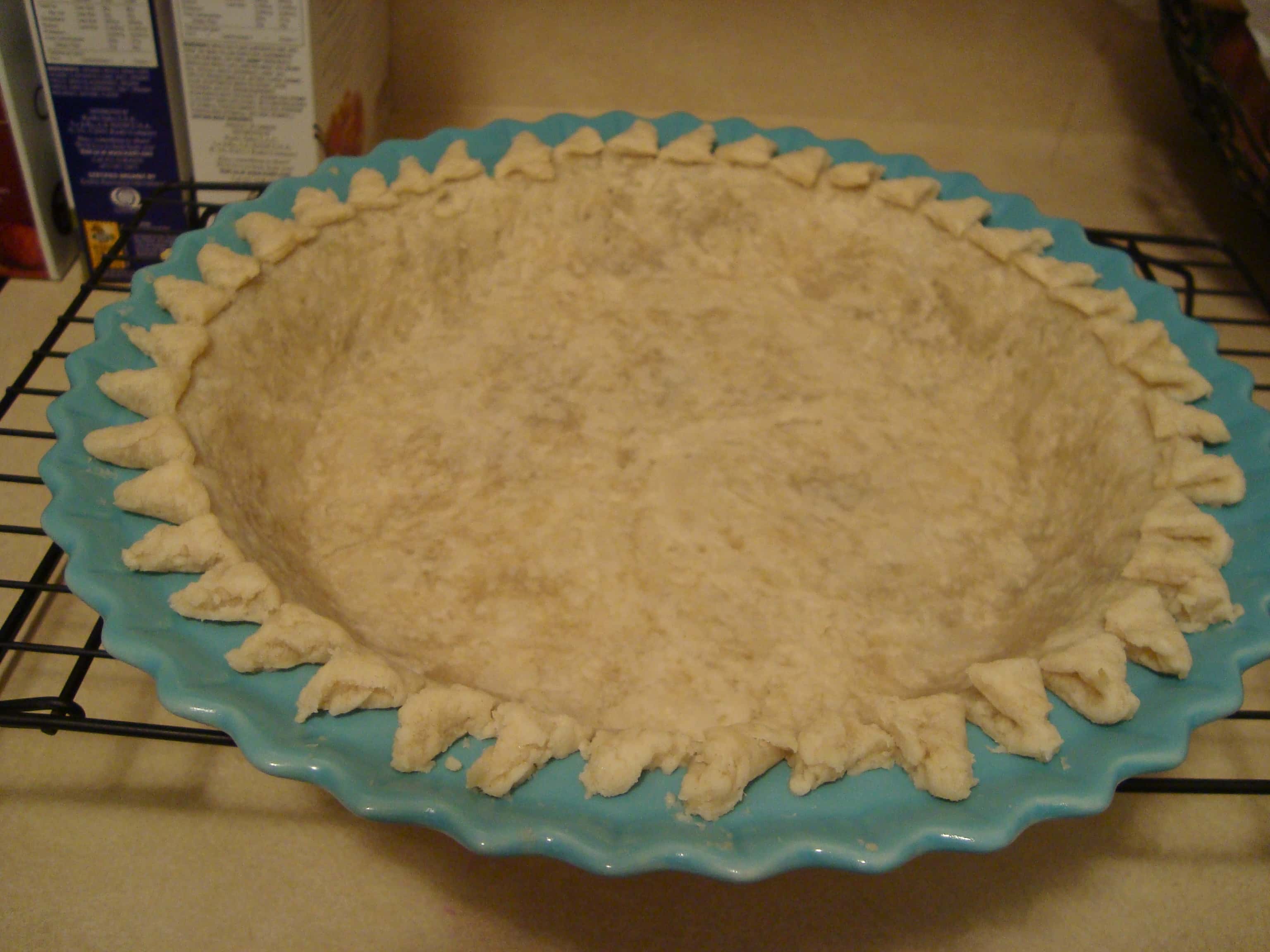 Now, I would like to take this opportunity to tell you that there is absolutely NO SHAME in using a pre-made pie crust here.

Can I tell you what brand is the best and is going to taste most like a homemade crust? Honestly, I can’t. Primarily because as long as I have been alive, Momma has been making homemade crusts and the men in our family (I am including my father in this as well as my uncle) would disown her if she tried to pass off ANY bought crust as homemade (we’re serious about our pie around here).

But by all means, you do what you need to do. If that includes giving my mom’s crust recipe (included below) or my Flaky Tender Pie Crust a try, go for it! If it means making best friends with the Pillsbury Doughboy, I promise I won’t tell anybody.

Regardless of your decision on the crust issue, you need to add this pie to your menu this Thanksgiving. Not “should” add or “it would be a good idea” to add; no, you NEED to make this pie. Ok? Good. Glad we got that settled. 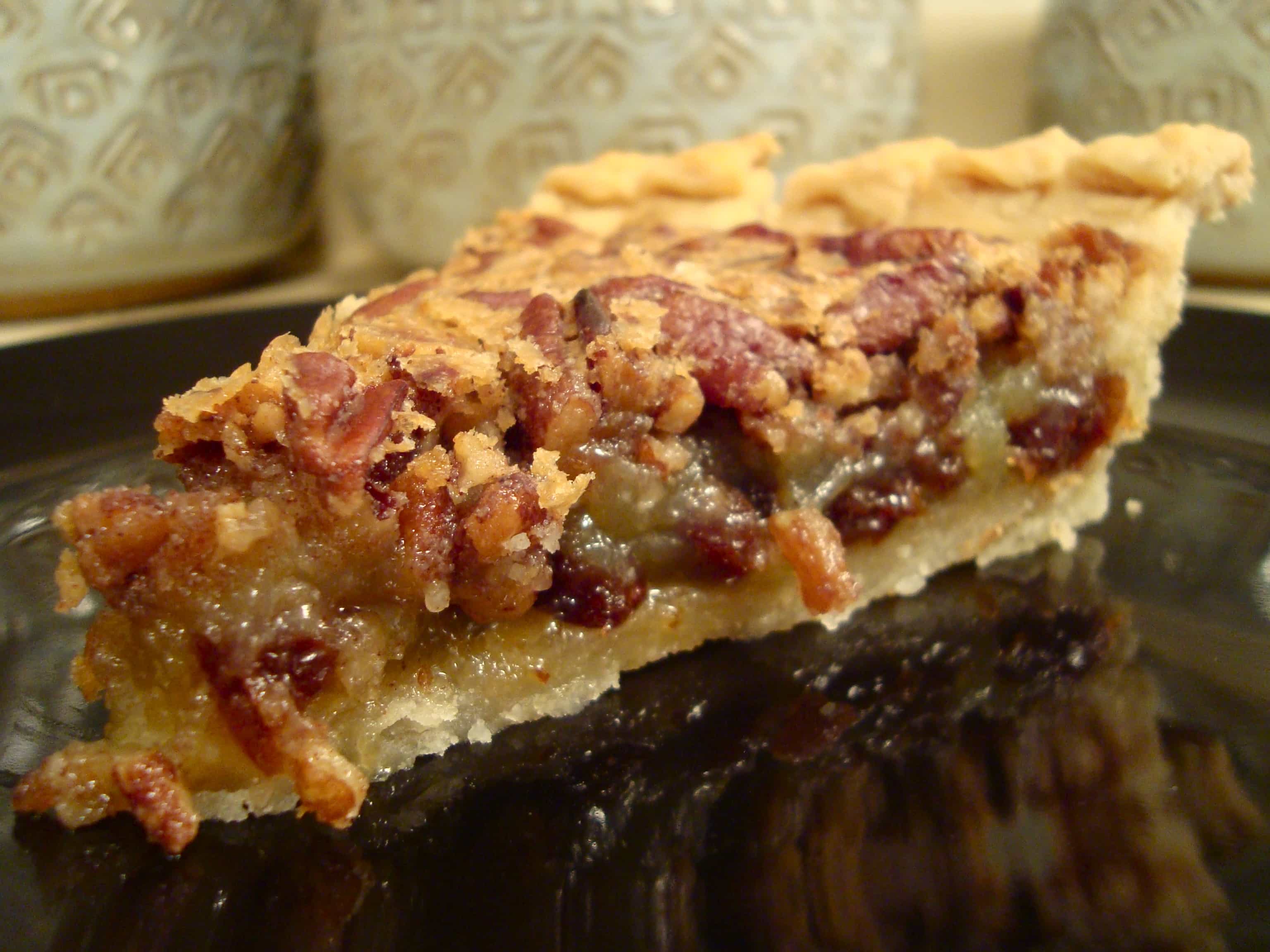 Print
From Southern Living 1987 Annual Recipes
Yield: One 9-inch pie
Ingredients
For the pie:
For my mother's pastry:
Instructions
To make the pie:
To make a perfect pie crust:
Notes
This pie crust recipe is rather different than most pie crust recipes by which people swear. Aside from using shortening instead of butter, it does not call for any time to chill. The key here is DO NOT overwork your crust and DO practice. The perfect pie crust is something that takes practice, so keep at it and don't get discouraged.
3.1.01