These thin, chewy oatmeal raisin cookies will have you sneaking into the cookie jar at all hours of the day. 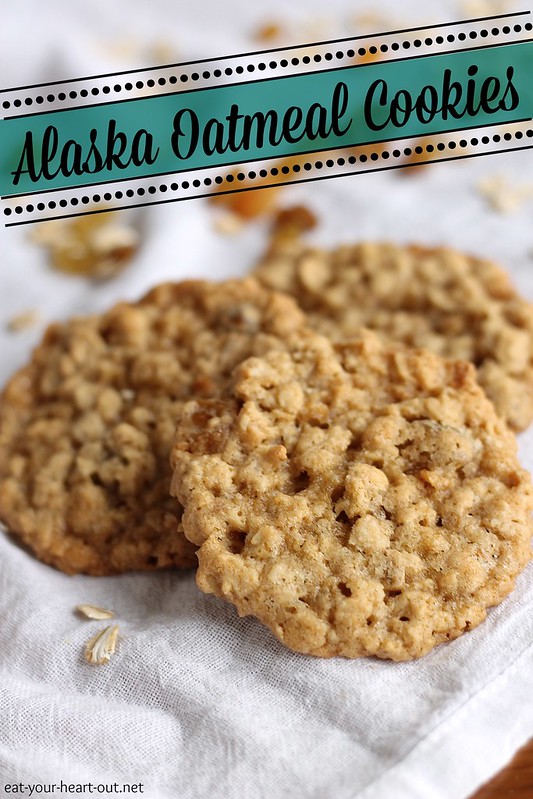 Admittedly, I could have called this recipe “Thin and Chewy Oatmeal Cookies” or “The Perfect Oatmeal Raisin Cookie”, but instead I decided to balk all of the SEO rules and call them precisely what I wanted: Alaska Oatmeal Cookies.

Why Alaska? There’s a story there.

As I have mentioned before, Boyfriend works as a personal trainer at a local gym. When he first started working there back in January, he met George. George is the client of one of Boyfriend’s coworkers; he is in his 80’s, hates the way Chicago idiots drive in the snow, and thinks Boyfriend’s beard is epically awesome. Obviously, he and Boyfriend immediately bonded. Every Monday, before George’s training session, the two of them shoot the you-know-what and discuss everything from the weather to what’s for dinner that night. 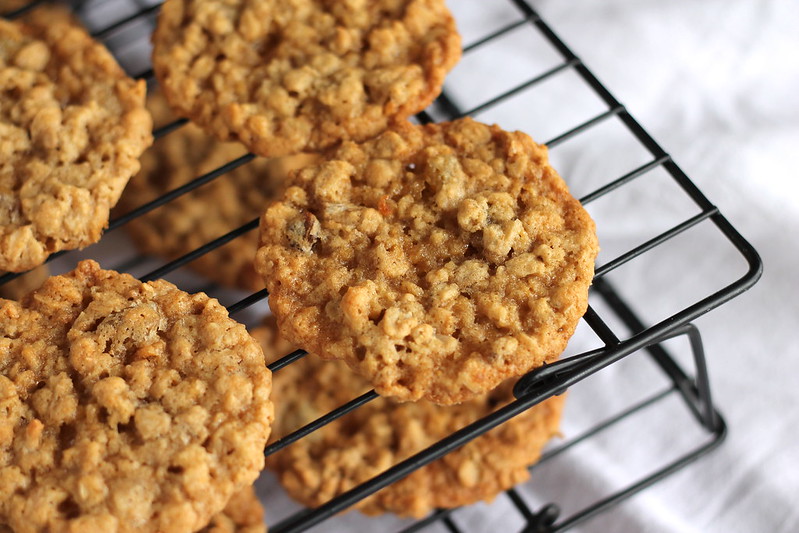 At some point in one of these conversations, they discovered that they both love to cook and that they both have been on vacation to Alaska. Upon finding this out, George went home and emailed us two recipes that he acquired on his Alaskan vacation: a salmon recipe and a cookie recipe, which he claimed to be the best cookies ever.

Boyfriend immediately zeroed in on the salmon recipe, while I, on the other hand, could not stop thinking about those cookies. Because one can never be too obsessive when it comes to a good cookie recipe, I literally thought about those cookies for almost three weeks straight. Finally, this past weekend, I couldn’t take it any more; I had to pull out the Kitchenaid and give them a try. 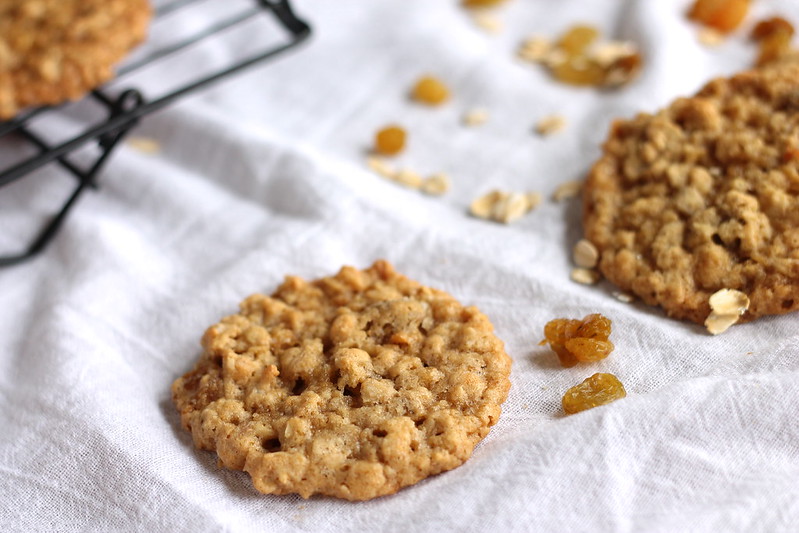 I actually halved the original recipe – partly because it called for 6 cups of oats and I only had 3, and partly because I was fairly certain the bowl of my poor mixer could not hold more than half the recipe – and still ended up with about 3 dozen cookies. 3 dozen thin, lacy, perfectly chewy oatmeal raisin cookies. I ate one, then quickly ate another. Then came back a few minutes later and ate two more. And then I had to leave the house or risk eating all of the cookies in one sitting.

I have no self control.

I’ve been on the hunt for the perfect oatmeal cookie recipe, and I think I have found it. And so, I give you George’s favorite Alaska Oatmeal Cookie recipe. Try not to eat them all in one sitting. 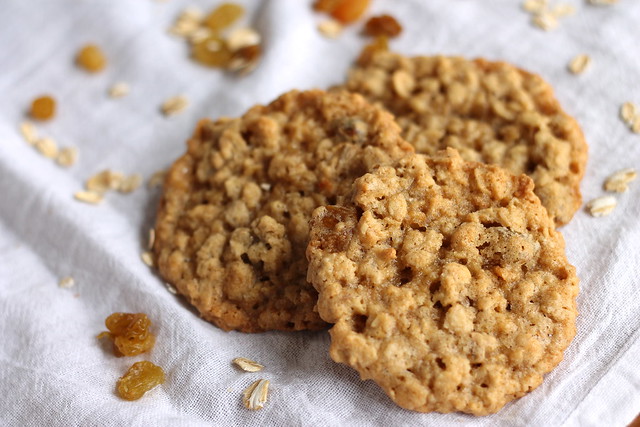