Back to Basics: Butter vs Shortening Over the past 2+ years, I have talked to you a lot about pie crust. I’ve even given you a step-by-step tutorial for how to make one. Pie crust is an important topic ’round these parts! But I am yet to really delve into that definitive pie crust ingredient: fat.

But not just any fat. Specifically, the debate of butter versus shortening.

To be sure, the butter vs shortening argument can be a divisive one. People tend to sit pretty clearly in one camp or the other, proclaiming loudly that their crust is the best.

I grew up eating pie crust made with all shortening. It’s my mother’s recipe, and the woman makes a darn good pie crust. But after hearing the cries from the all-butter camp, I decided to do a little research: just what exactly is the difference between the two?

“Shortening is a solid fat that is derived either from plant or animal sources. Shortening derived from animals comes from lard, while those derived from plants undergo a process known as hydrogenation that changes the chemical composition and allows a normally liquid oil to remain a solid.” (Source)

First off, let’s kick the lard part of that definition out of here. While our great-grandmothers used lard to make their crusts (and fry their doughnuts, and generally make the world a more delicious place), and it is still, to be honest, the best option in terms of flavor and texture for pie crust, lard is harder to find than it used to be and evokes a negative reaction from more people than shortening does.

Basically, most of the shortening you find nowadays is vegetable shortening. Vegetable oil is treated with hydrogen to create a fat that is semi-solid at room temperature. Traditionally, this process also produced quite a lot of trans-fatty acids or “trans fats”. In the early 2000’s, however, Crisco removed trans-fat from their shortening, further proving why theirs is literally the only brand of shortening I will buy. Shortening is 100% fat, has a higher smoke point than butter, and contains essentially no water, making it safer for frying (no dangerous splattering!).

Butter, on the other hand, is made by churning cream. That’s it. It contains about 80% fat and 20% water, is solid when refrigerated, softens at room temperature, and is packed full of flavor.

So, why does shortening even enter into the equation? Well, aside from the fact that shortening more closely resembles lard – which is likely why a lot of our grandmothers started using shortening when lard became harder to find – butter and shortening both play different but crucial roles in producing a great pie crust.

An all-shortening crust will be tender and the dough will be easier to work with, but the shortening doesn’t bring any flavor to the party and getting those flaky layers will be much more difficult. All butter is flavorful and produces plenty of flaky layers, but the dough will be incredibly finicky and the resulting crust will be brittle, not tender.

I bet you can already guess what I’m going to say next: In light of this information and some experimentation, I’ve determined that a half-shortening, half-butter crust is the way to go. You get tenderness and an easier-to-work dough from the shortening and flakiness and flavor from the butter. It is the best of both worlds and, in my opinion, produces a fantastic pie crust.

So what’s my recipe? You’ll have to come back on Tuesday for that one.

I’m such a tease.

**For those still weirded out by shortening, I get it. And as much as I try to promote natural foods around here, shortening is that one ingredient of which I just cannot let go. I really only use it for pie crusts – rarely for anything else – and have determined that it is worth it for that perfect crust. Besides, it’s not like I’m eating pie every day (as much as I wish I was). 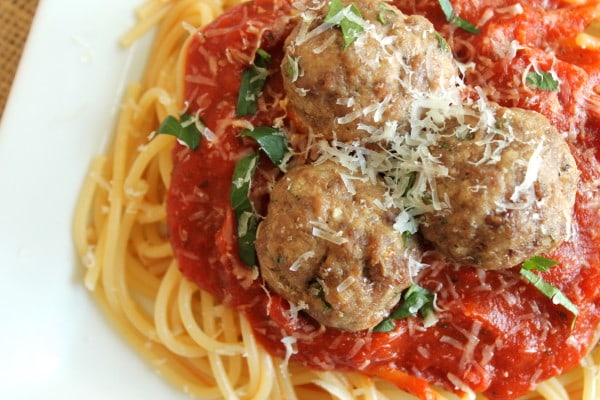 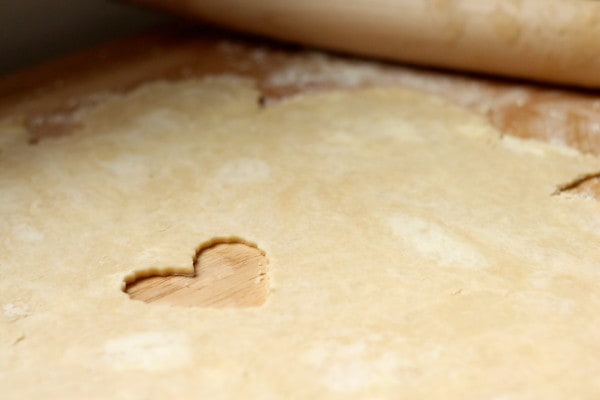 […] been showing you pictures of this pie all week, first in my butter vs. shortening post and again when I gave you the recipe for my Flaky Tender Pie Crust. But I made you wait almost an […]

You know pie crust scares me. This puts my mind at ease. I only buy Crisco shortening too. I like to use it for frying chicken. The full fatty fat fat stuff is the best!

Do you watch Park and Rec? We just watched the episode where Chris drinks full-fat eggnog and goes, "Do people know that fat makes things taste good??" Oh, what a chuckle we had.

[…] we examined the difference between butter and shortening in pie crust. Can anyone tell me what we […]

THIS MAKES SO MUCH SENSE! I always am so confused about why my crust is never as pretty as others, and it's because it's all butter so it's super flaky!

All butter is super hard to work with and even though it puffs/flakes up nicely, it just doesn't turn out as pretty. It's surprising how even a little bit of shortening will help stabilize it...prettier crusts! (But still with the flavor of the butter!)

I make my chocolate chip cookies with 1/2 butter and 1/2 shortening and have alway thought of doing the same for my current all-shortening pie. Not ready to go all butter yet. Thanks for proving my theory will work.