It’s time for another Back to Basics post! For those of you who missed the first post, this is a series that will cover a variety of topics, but all of them will deal with cooking or baking situations that, although they seem like they might be intuitive, can actually be quite confusing, especially for the beginning cook. 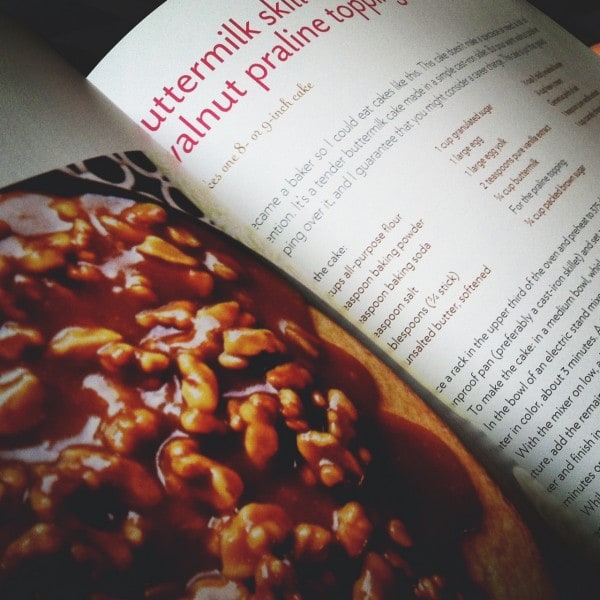 So in Reading Recipes (Part 1: The Ingredient List), we took a look at how recipe writers typically write out their lists of ingredients, and how we, as home cooks, can interpret these lists.

But what about the instructions? What in the world are you supposed to do with all of those crazy terms? What exactly do they all mean? Let’s try to break those down and get a general understanding of some common cooking and baking terminology (this is by no means an exhaustive list, but rather a compilation of what I feel are some of the most common confusing terms – and ones you are likely to find on this site):

– Activating yeast: (Also sometimes called “proofing” yeast.) Yeast is, believe it or not, a living organism. It is the gases produced by the yeast that cause breads to rise. Some yeast, such as fresh yeast, is already alive and kickin’ (so to speak) when you buy it at the store. Other yeast – specifically active dry yeast – is in a sort of suspended animation and must be activated (or brought back to life) in order to do its job. To activate yeast, combine it with the specified amount of warm – not hot, shoot for around 110 degrees – liquid (usually water) and sugar. Allow the mixture to sit for about 5 minutes. During this time it should become nice and foamy – that means your yeast is alive and ready to go! If it does not foam up during this time, that probably means either your yeast is too old (aka…it started out dead) or your liquid was too hot and killed the yeast.

– Broil: Even though broiling and baking are both done in the oven, they are not the same thing. Baking cooks food slowly by surrounding it with hot air. Broiling, on the other hand, browns or chars food quickly by placing it under a very, very hot heat source. Think of roasting a marshmallow or a hot dog over a campfire – the outside gets very brown relatively quickly, but the inside does not overcook. That is essentially what broiling does – just inside and without the flames (unless you were to put parchment paper under the broiler…then you would have flames. Don’t do that.).

– Creaming butter and sugar: Many baking recipes will tell you to “cream the butter and sugar until combined” or “until light and fluffy”. This step is essentially a mixing method that brings air into the mix (the fats in the butter, or sometimes shortening, hold on to the air), allowing the finished baked good to be light in texture instead of heavy and dense. With your mixer on high speed, beat the butter and sugar together for several minutes. After a few minutes have passed, the mixture will become pale yellow in color and take on a somewhat fluffy appearance, although when you touch it, it will feel somewhat thick and gritty.  The incorporated air will also have caused the mixture to increase in volume.

– Deglaze: Deglazing simply means adding liquid to a pan in which foods have been sautéed, fried or roasted. Deglazing the pan releases all of the browned bits stuck to the bottom of the pan, which contain great flavor that can be lost without deglazing.

– Proofing dough: Proofing dough (not to be confused with proofing yeast) is essentially a fancy way of saying that you are letting your dough go through a final rise just before baking.  Proofing takes place after the dough is shaped and just before it goes in the oven, resulting in a lighter, airier loaf.

– Sauté: Sautéing foods – such as onions or garlic – is a process of cooking them quickly over high heat with a small amount of fat (such as butter or oil).  In the end, the surface of the food browns, which deepens the flavor profile of the final dish. To properly sauté, heat your pan over high heat (the pan is hot when a few drops of water “jump” or “dance” in the pan). Add the butter or oil and allow it to heat through, and then add the food, making sure not to overcrowd (put too much food in) the pan and making sure that you stir the food frequently.

– Simmer: Simmering is similar to boiling in that the food is cooked in hot liquid, but differs from boiling in that, when simmering, the liquid is kept just below the boiling point. Simmering liquids will have gentle bubbles rising to the surface and popping; boiling liquids will have large bubbles rapidly “rolling” to the surface and almost violently popping. Keep your liquids at a simmer by placing them over medium to low heat. Anything above medium heat can easily enter into boiling territory.

– Sweat: Sweating foods is often confused with sautéing them, since both involve cooking the food in an open pan with a small amount of fat, but the two methods have rather different end results. While the goal of sautéing is to brown the food, the goal of sweating is to draw out the moisture in the food (thus the term “sweating”) by cooking it more slowly (over moderate heat). Sweated vegetables will be soft and translucent (if sweating onions) instead of browned.

– Temper: Technically, tempering foods is a process of stabilizing them. To get even more basic than that (for the purposes of this post), it involves slowly changing the temperature of a food. For example, when making custards, you must often temper the eggs before adding them to the hot milk. To add the eggs all at once, without tempering, would result in scrambled eggs within your custard. Not good eats, as Alton Brown would say. To avoid this, we temper the eggs: Slowing add a small amount of the hot milk to the eggs, whisking to combine. Repeat this process once or twice more, and then slowly add the egg/milk mixture to the rest of the hot milk. By slowly increasing the temperature of the eggs before adding it to the hot liquid, we are making sure that they will incorporate and cook properly, instead of scrambling.

Do you have another term you are confused about, or a “Back to Basics” topic that you’d like to see me cover? Maybe you’d like to know how to properly cook rice, or what sorts of things you should always have on hand in your pantry. Leave me a comment or shoot me an email and I will see what I can do!