Soft, fluffy bread made with baked potatoes and diced onions. This is more than just your average loaf of white bread! 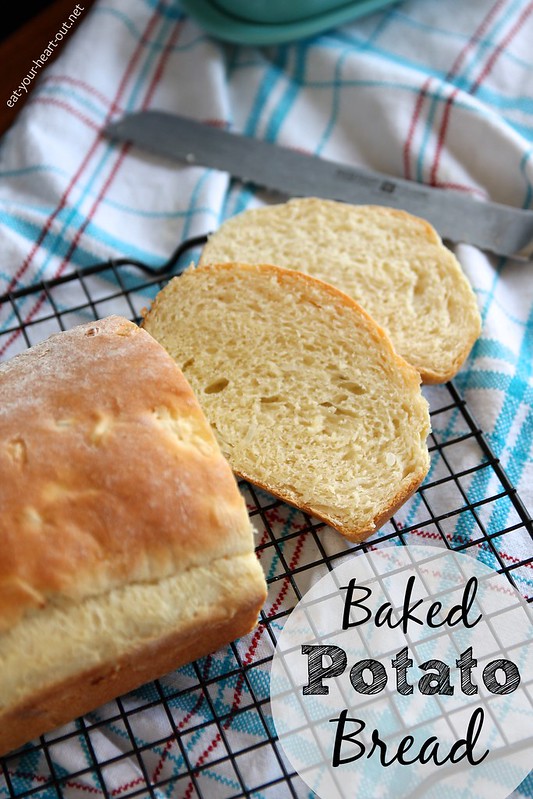 I have many things to say about this recipe.

I mean, first of all: bread. We already know that the sonnets I could write to bread rival those of Shakespeare.

Let’s not tell my high school British Literature teacher that I just said that.

To make this carb-fest even better, we are adding mashed baked potato, some finely diced onion, and a beaten egg to this bread. 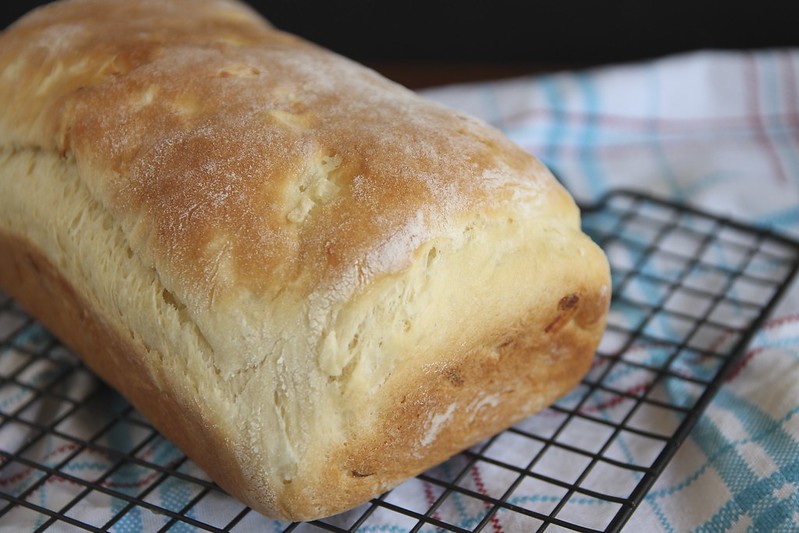 You know what I want to do with this bread? Aside from maybe pair it alongside some baked potato soup because you can’t have too much of a good thing? Or make a grilled pimento cheese sandwich out of it because, cheese? I want to slather it with some garlic butter and pop it under the broiler for a minute or two. And then I want to weep with joy as the angels sing.

When I first made this bread, I wondered if the combination of the mashed baked potato and the egg would make it heavy or too rich. But, thanks to my favorite baking not-so-secret ingredient, Red Star Yeast, it turned out perfectly light and fluffy, with the texture of a loaf of classic freshly-baked homemade white bread (which, for the record, is not a thing at all like that horrid store-bought right bread, amiright?) but with a subtle flavor from the potato and the onion. See those little air pockets? White bread perfection, taken to a whole new level.

Pro-tip: In lieu of a regular yellow onion, I opted to use a sweeter white onion in this bread. Oooh boy, that was a positive decision in my life. That subtle onion-y sweetness was killer in this recipe. Of course, a little bit of extra butter was totally necessary, too. But when is it not? 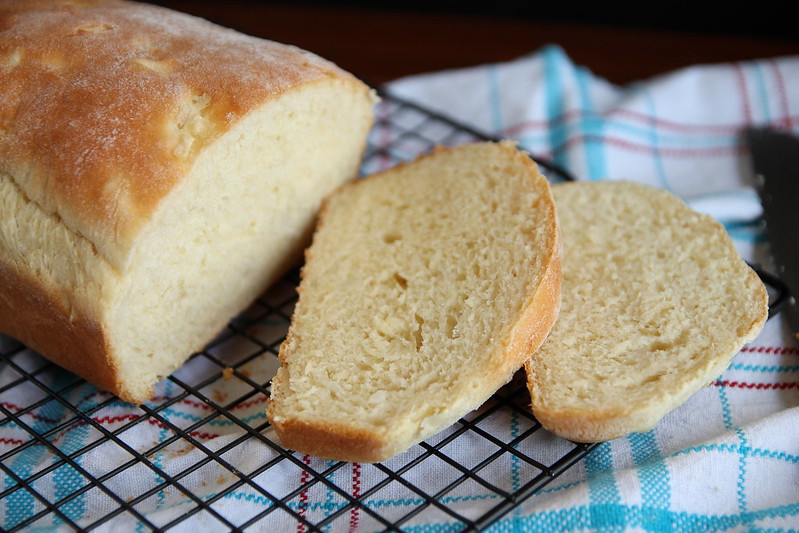 Hop on over to Red Star Yeast’s website to get this Baked Potato Bread recipe, and be sure to do some extra snooping while you’re over there to check out their Lessons in Yeast and Baking. They have all of your baking solutions right at your fingertips!

I was compensated by Red Star Yeast for my time to make and photograph this recipe. All opinions are 100% my own.