Coconut custard and sliced bananas layered on top of a cookie-like crust and topped with whipped cream. Good luck stopping with just one piece. 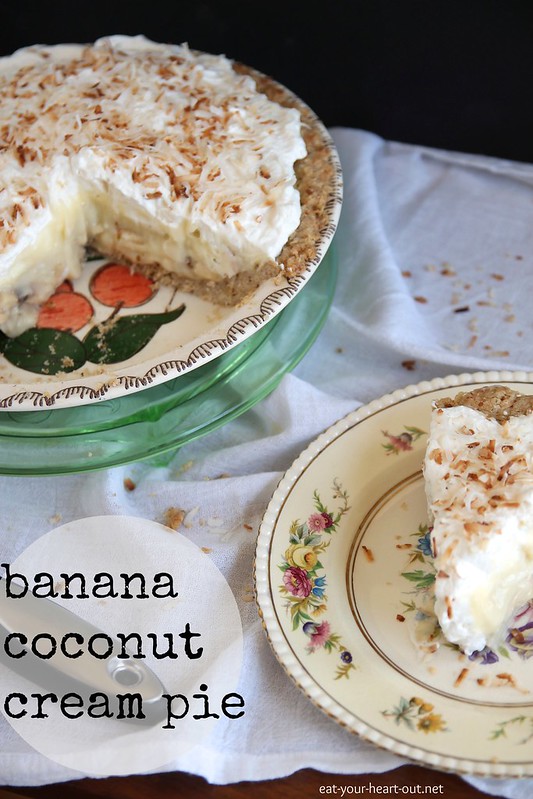 We need to discuss several things about this pie.

1.) I made it for you twice. Yes, I was so dang determined to achieve pie perfection that I made it two separate times. You know, just to be sure.

3.) This crust. I slightly modified the crust from my Strawberry Pie, and it’s like an oat-y, coconut-y, pecan-filled cookie. Yes, our pie is sitting on top of a cookie-like crust. Again…why should we have to choose between our desserts?

4.) Did you know you could stabilize whipped cream? It’ll make it stay fluffier for longer, which is absolutely ideal if you are either a weirdo taking photos of your food (Really, who does that?…Oops…), or need to assemble this pie ahead of time and serve it several hours later. Just a little sprinkle of cornstarch goes a long way to whipped cream longevity.

I originally shared this Banana Coconut Cream Pie recipe over at Girl Versus Dough, but have included the recipe right here for you as well!

Print
Ingredients
For the crust:
For the filling:
For the topping:
Instructions
3.5.3229