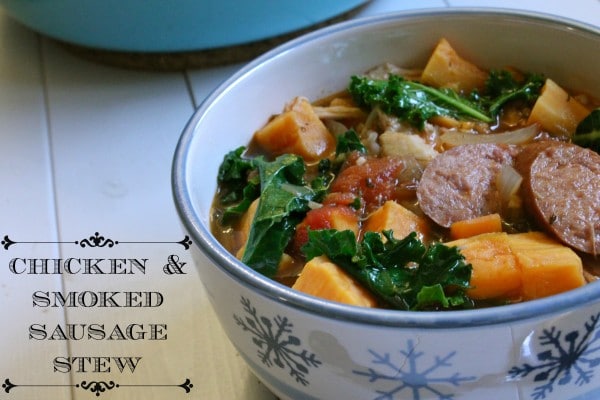 I have a confession: I am really weirdly picky about soup.

Cheese had better be involved. Also, if there is cream in that situation, that’s even better. Bean-based soups are pretty good, too. But broth-based soups? Not exactly a fan. In fact, I tend to avoid them if possible. Sure, I’ll eat them…they just aren’t my favorite.

So when I found a broth-based stew recipe in Midwest Living magazine, I was surprised to find that it was calling to me, begging me to make it happen in my kitchen. I mean, of course I had to alter it quite a bit…but the general structure is still there. And there isn’t a drop of cream or speck of cheese in sight. And you know what? I really liked it. WEIRD, I know. 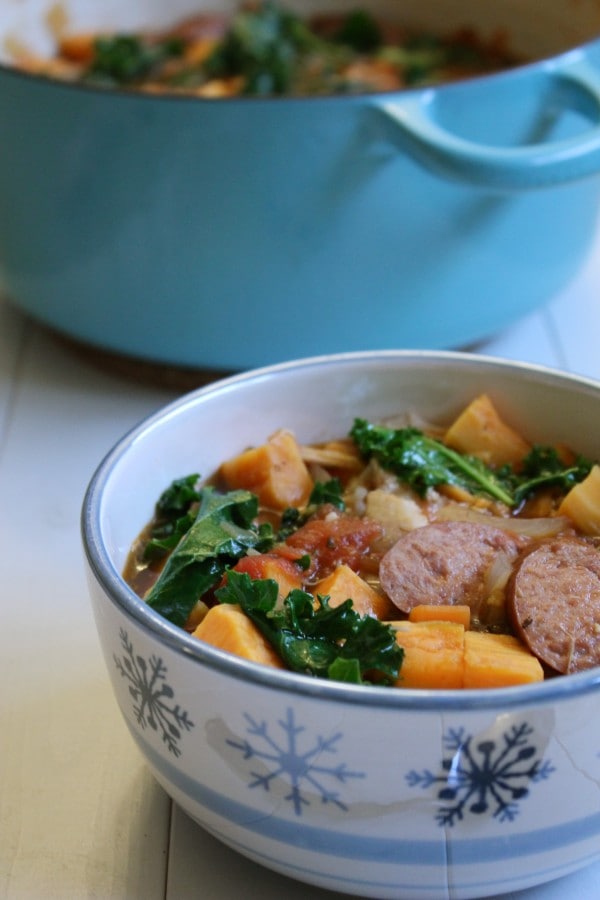 In fact, my father has declared this to be his new favorite soup of all time. Big statement, right there. I think he would eat an entire pot of this soup by himself if he could. But if you’re going to eat a giant pot of soup, this might be the one to choose. It’s hearty and will warm you up from the inside out, but is full of all sorts of winter veggies to keep you healthy during these long, cold months. Plus, it freezes extremely well, making it a great option for making ahead and reheating later. Consider serving it on top of some brown rice for some extra hearty goodness.

Maybe this is all a sign that I’m starting to grow up and appreciate soups that are actually good for me…Yikes! 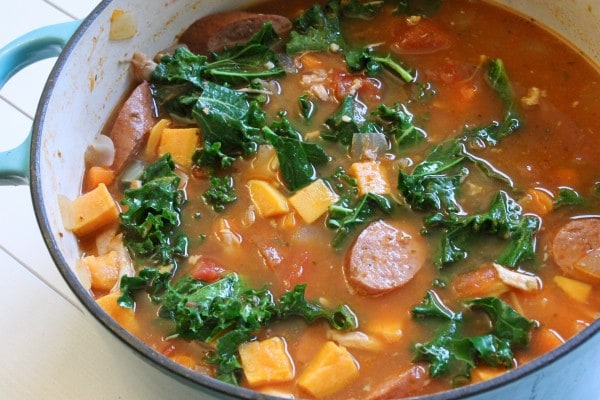 Print
Yield: 6 servings
Ingredients
Instructions
Notes
The longer this sits, the more the flavor of the smoked turkey sausage mingles with the rest of the soup. You might consider making this the night before, then reheating and adding the kale just before serving.
3.1.09