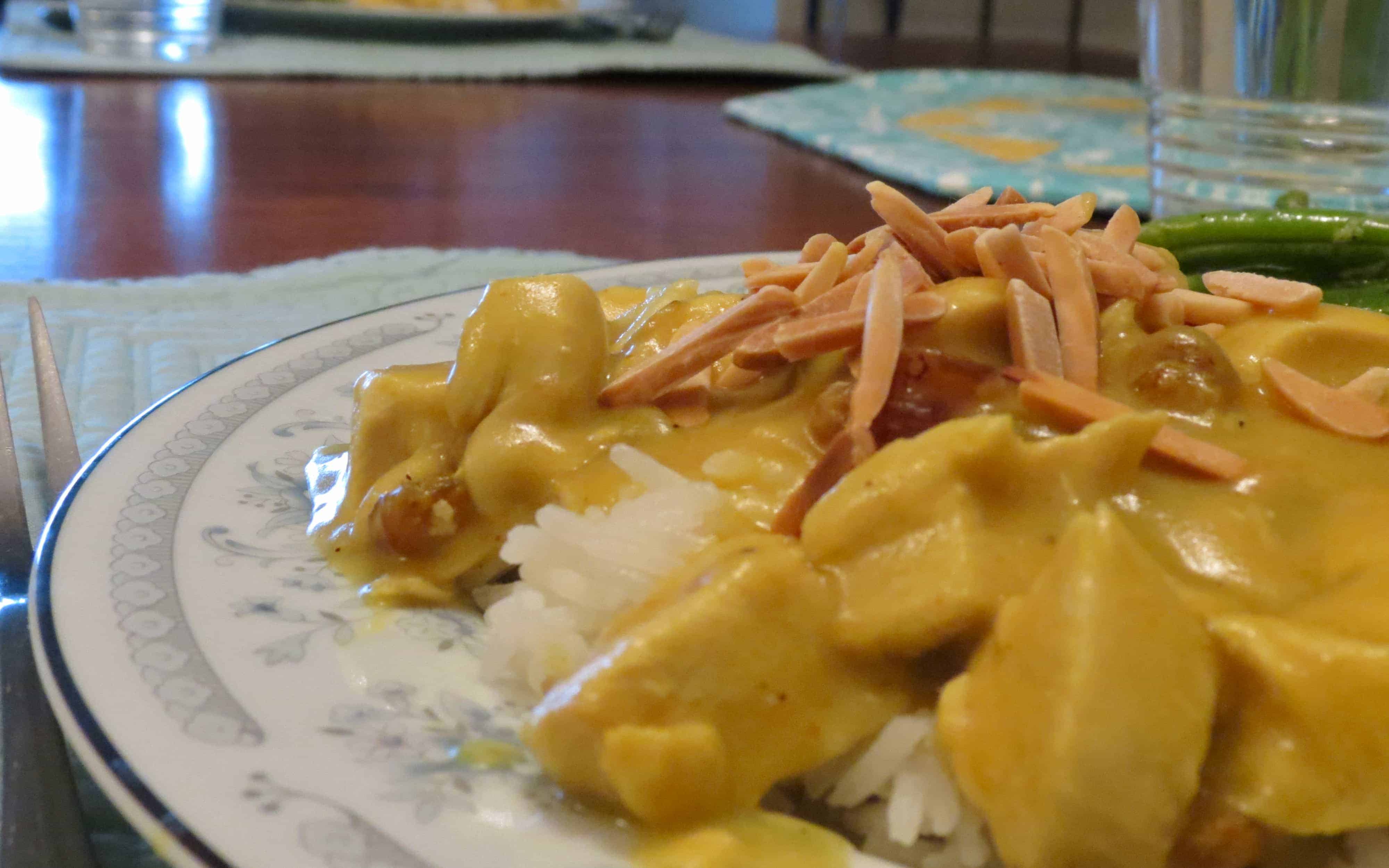 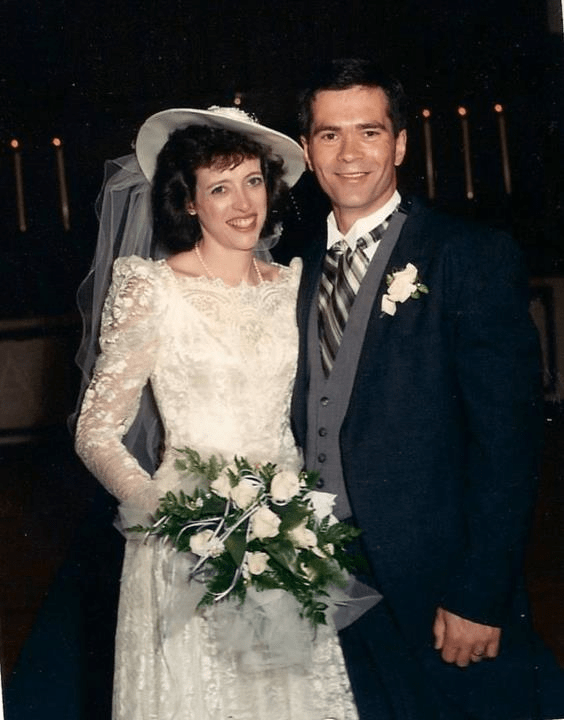 My parents had a somewhat nontraditional courtship. (Whoa, 19th century throwback with that word!)

They met in late October of 1986. At the time, my father was in the Army and stationed at Fort Bragg in North Carolina. During a visit home to Indiana, he decided that, of all things, he needed some carpet for his VW Beetle.

(Let it be known that I have always laughed at him for this, yet realize that it is a good thing he was in search of something so weird as I would not exist otherwise.) 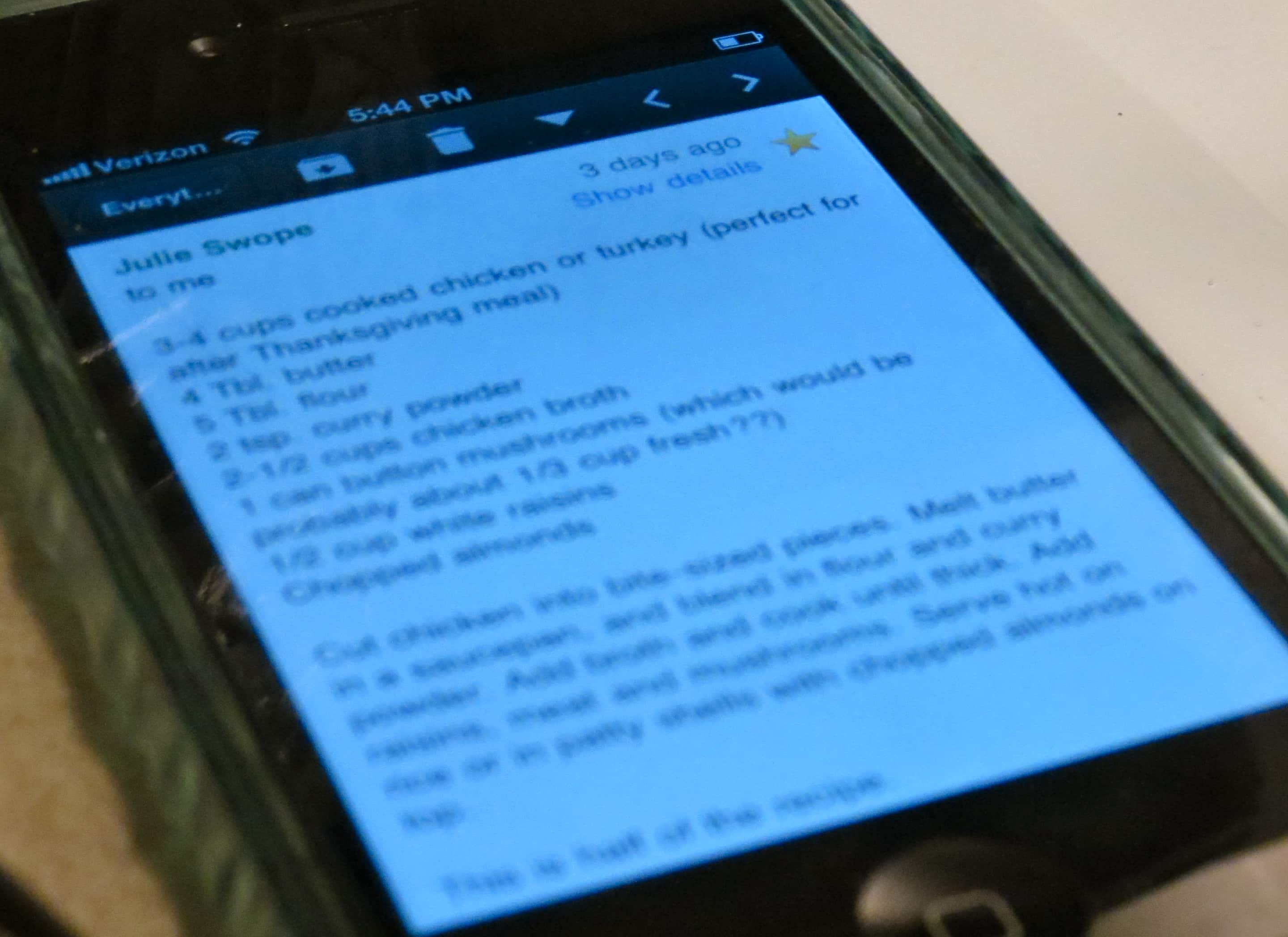 In the search for Jerry-approved car carpet, he entered the family-owned carpet store where my mother worked at the time. She waited on him, thought he was cute, and went on with her day. He called the store the next day in search of her and asked her on a date.

My uncle, always the helpful ray of sunshine, told her that they had better go somewhere public, just in case this guy turned out to be an ax-murderer.

He wasn’t. Just for the record.

He also never bought the carpet he was in search of. Just for the (other) record. 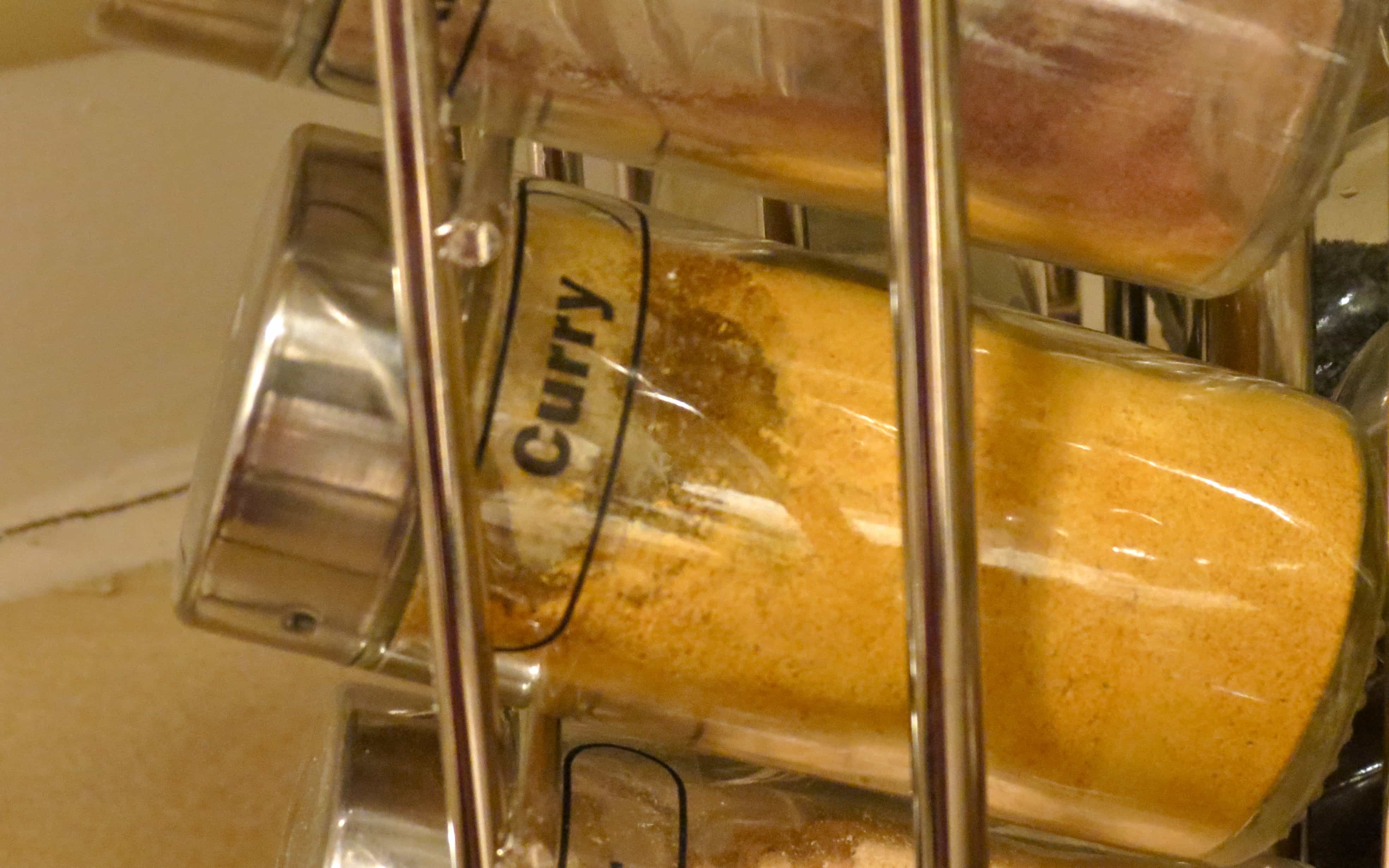 Six months later, they were married. To make this even more unbelievable, during that entire six months my father lived in North Carolina, while my mother stayed in Indiana. Remember people, this was the ’80’s, so they were without cell phones, texting, email, Skype, or any of the other thousands of inventions in the last 25 years that have made long-distance communication infinitely easier. They had to rely on things like letters, pay phones and trips to visit one another.

During one of these trips, my father was scheduled to meet my mother’s family over dinner at my great-grandmother’s house. 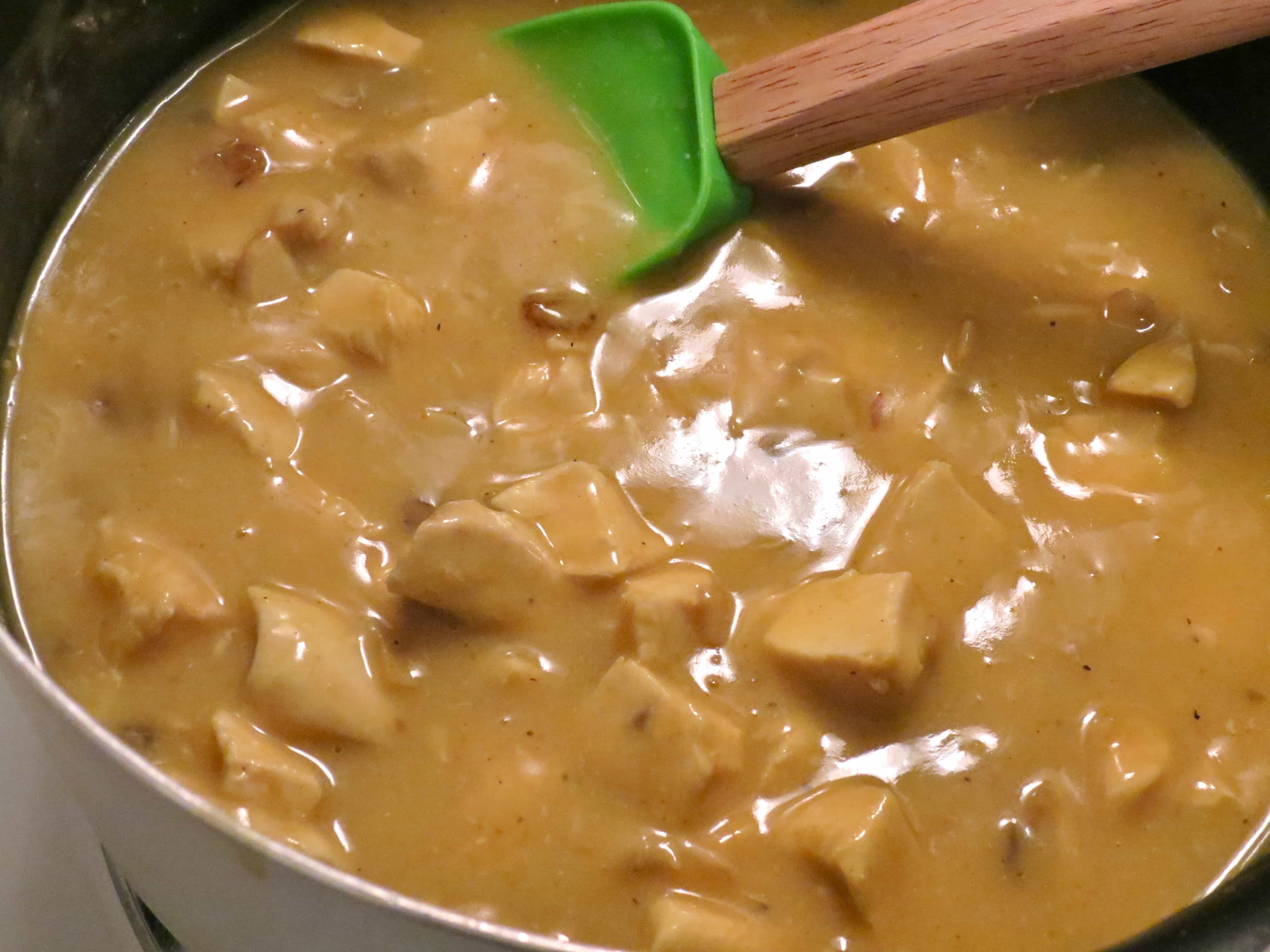 Keep in mind, now, that my great-grandmother (Ma-Ma) was fiercely southern, fiercely stubborn, and fiercely protective of her grandchildren. She was not pleased that my mother was seriously dating anyone, but especially that she was dating – gasp! – a yankee.

In Ma-Ma’s desire to make this man disappear, she chose to make Curried Turkey Almondine for dinner – one of the stranger-sounding dishes in her repertoire of recipes. Surely feeding this man something so strange for dinner would send him running in the opposite direction as fast as he could go!

What she did not count on, however, was the fact that my father will eat anything that does not eat him first. His dislikes include: liver. And that’s it. 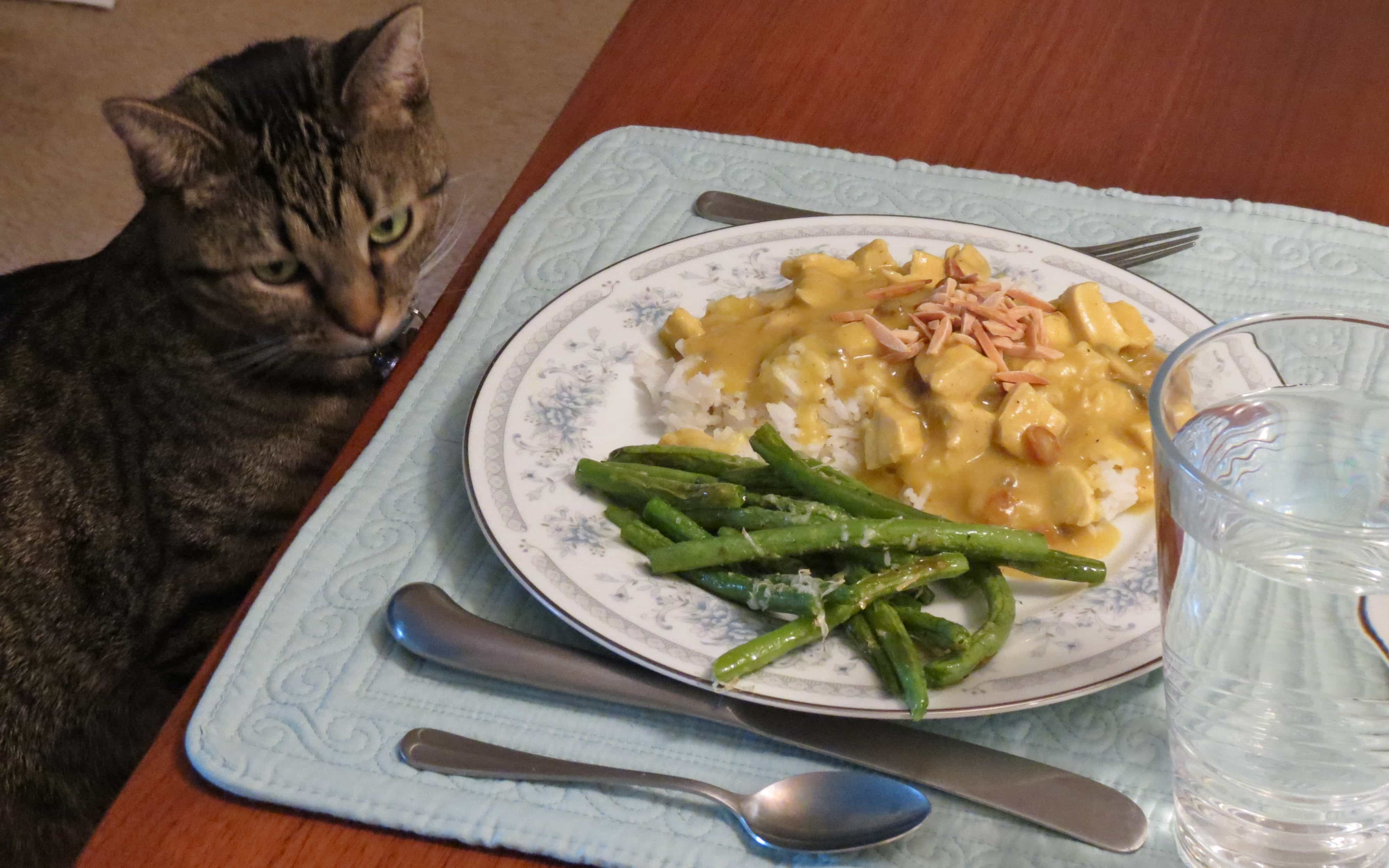 Don’t even think about it, kitten.

So, naturally, Daddy loved the meal and figured that, on the off chance that my mother wasn’t a great cook (and she clearly is), at least by marrying into this family he would be guaranteed excellent meals at family holidays! Ma-Ma’s plan backfired, my father was even more in love, and it was now inevitable that my parents would live happily ever after.

And so, in celebration of my parents’ 25 years together, I made Curried Turkey Almondine for dinner the other night. Enjoy this strangely delicious meal – I know we always do! 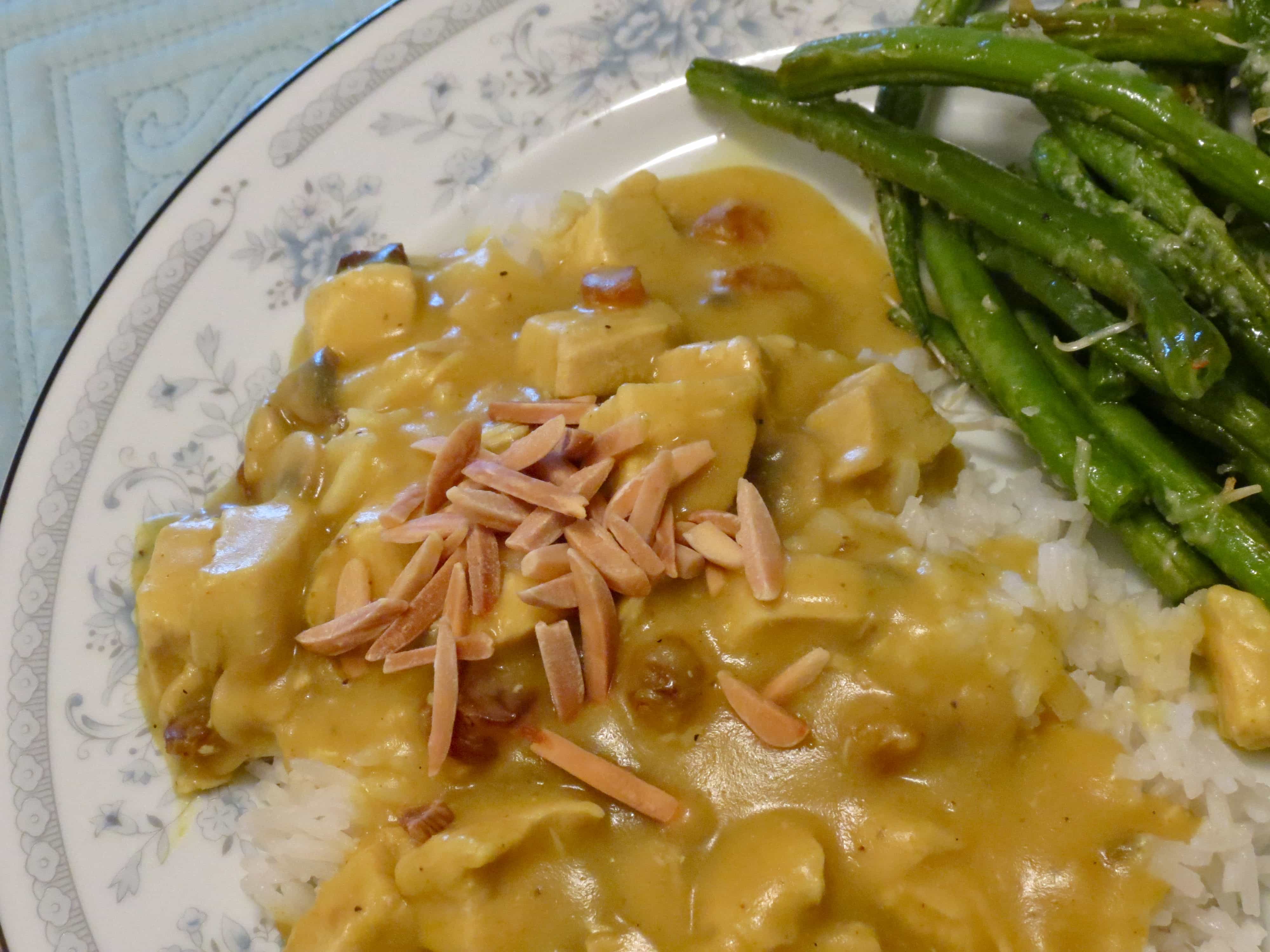 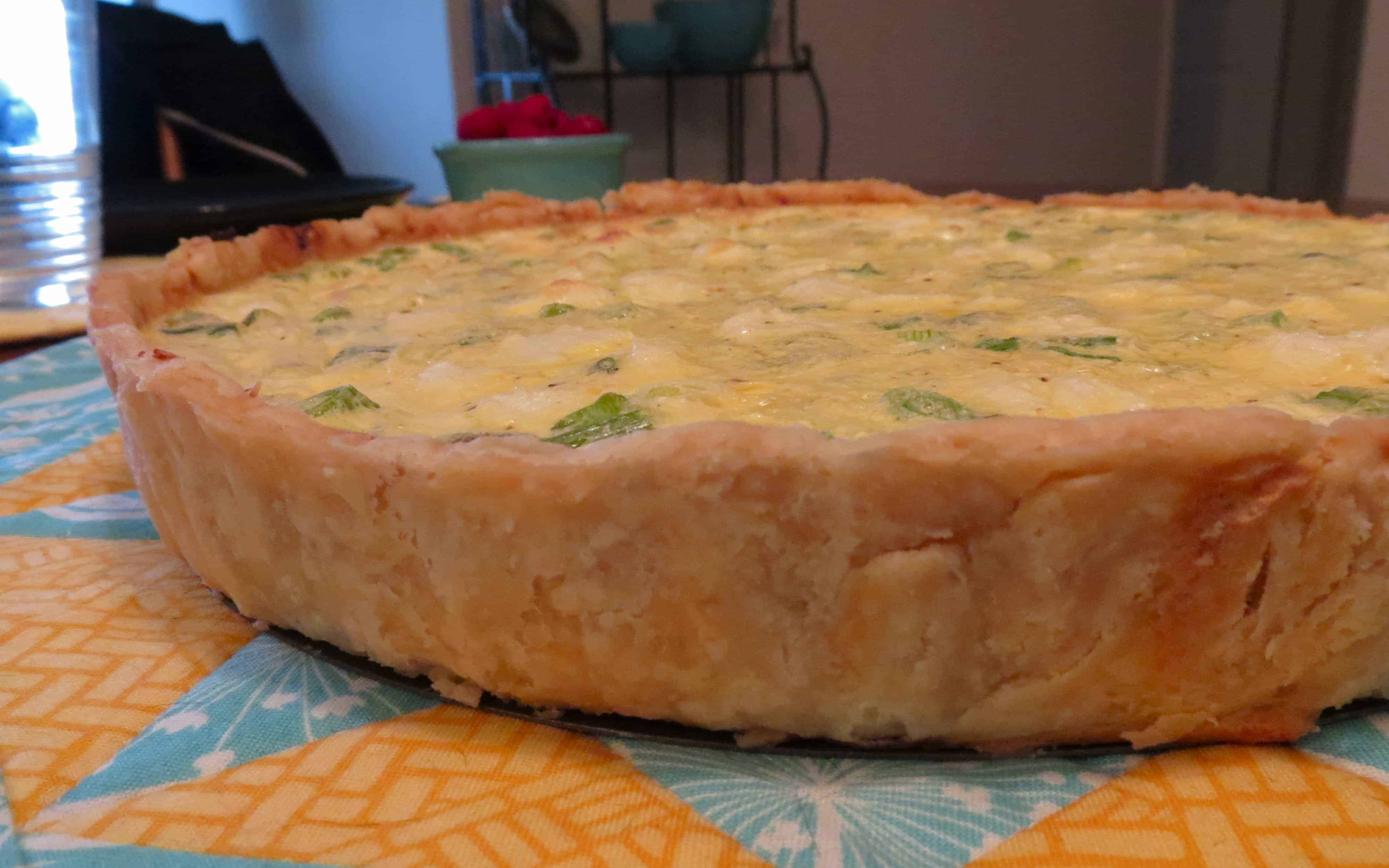 Can't wait to try this! Your Ma-Ma was smart as this is a. Erybeasy dish that would double or quadruple very easily!!

Momma told me about this post - so sweet! When two spirits are meant to be together, it's like WHAMO! Folks today need to remember that relationships were possible before the text message (and were probably more valuable, too...just saying...) and there's a lot to be said for good ol' fashioned courtship! Sooo you probably don't want to hear this, but your pop's a looker...SCORE, Julie! ;)

Ha ha! Just saw this. Yep, I did score on that one. :D That's why I have such a beautiful baby. :) When she was born, she looked like her daddy had spit her out. Our biggest difficulty in corresponding was trying to find a pay phone that the soldiers hadn't destroyed. Once he moved into our first little house, it was somewhat easier. Oh, and I have handwritten letters that are in a safe place. Does anyone even do that anymore? Top that one, 2013! {P.S. I do recommend knowing each other for longer than 6 months before getting married. It worked for us, but I still wouldn't recommend it under normal circumstances}.

Hahahahaaa. Nah, I'll agree with you, Daddy's a handsome man.

That is a great story!!! Such a grandma thing to try and meddle. You totally look like your mom! Tell your parents congrats on the 25 years!!!

Grace Radkins passed along your blog to me and I'm glad she did! I'm having fun perusing your stories - my parents had a most unconventional courtship too but in the 1960s!! I might have to try out a few of your recipes with my kids. They are my toughest critics! I'm looking forward to keeping up with your posts.

Hi Amy! Grace told me about you and your blog - sounds like you have quite a group to cook for! I'm glad you stopped by and I look forward to see what you post as well! =)

What a great post! And this dish looks wonderful - I love turkey curry! :)