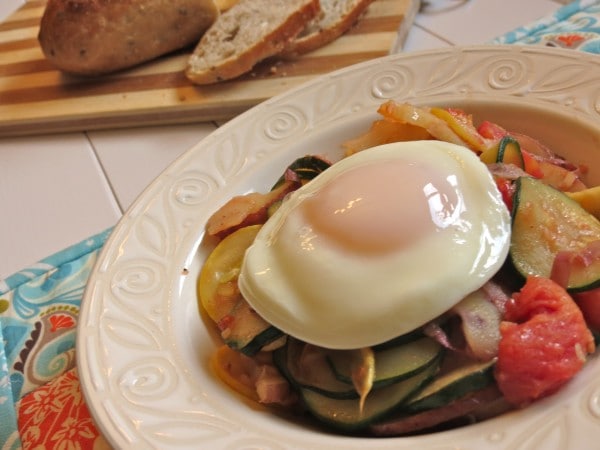 I’ll be the first to tell you: I’m kind of lazy.

Well, not in all areas of my life. I’m actually kind of an over-achieving go-getter most of the time.

But one can only over-achieve and go-get for so long before you find you’re running on fumes and you just don’t have the energy to do more than give the dishes in your sink a mediocre rinse (the day I move into a place with a dishwasher is the day I can die happy). Or maybe you can’t be bothered to actually put your laundry away and instead live out of the (clean) clothes basket all week. Perhaps you’ve been known to text people who are in the next room instead of actually getting up to go ask them something.

Not that YOU would do any of these things. Clearly by “you”, I really meant “I” in the above paragraph. 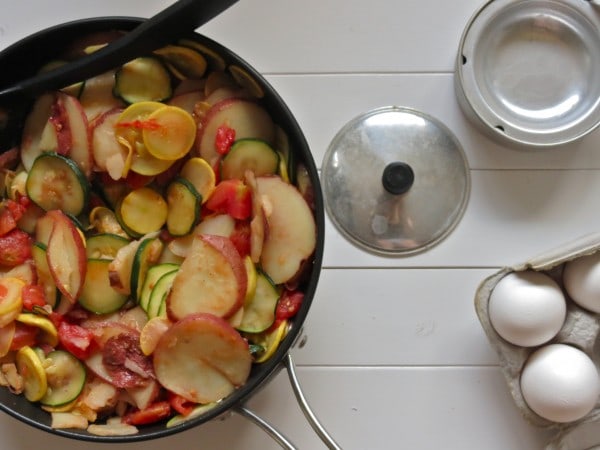 So let’s try this again: Sometimes when I have a lot of zucchini on hand and very little energy, I like to throw together a little Spanish dish called pisto, which is something like a simplified version of ratatouille served with a nice, runny egg on top. It’s a lazy girl’s ratatouille.

Of course, if you have an aversion to runny eggs, you could opt to forgo the egg. (Although, personally, I would just reevaluate my life instead.) But do not forgo eating this alongside some gorgeous crusty bread. That would be downright tragic. 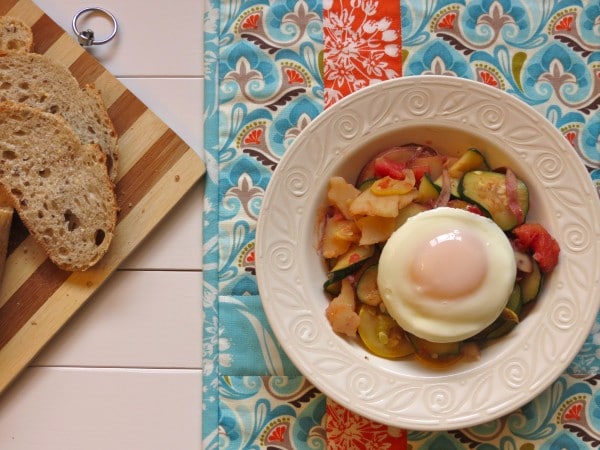 Feel free to shake things up a little where the vegetables are concerned. I’ve also made this with some eggplant, I’ve thrown in a pepper, I’ve used fresh tomatoes instead of canned…take this method and use what vegetables you have on hand or are in season. The zucchini/summer squash and potato combo is just a base to get you started!

{On an unrelated side note: I’m trying to finish writing this post while watching So You Think You Can Dance? and it’s nearly killing me. Talk about a show that’s impossible to multitask during. You’re lucky to be getting this post!} 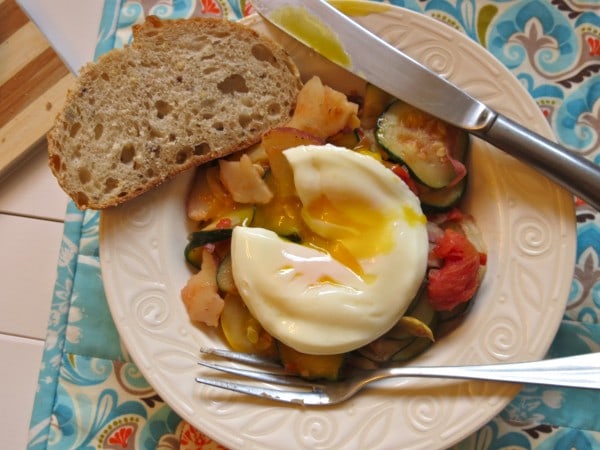