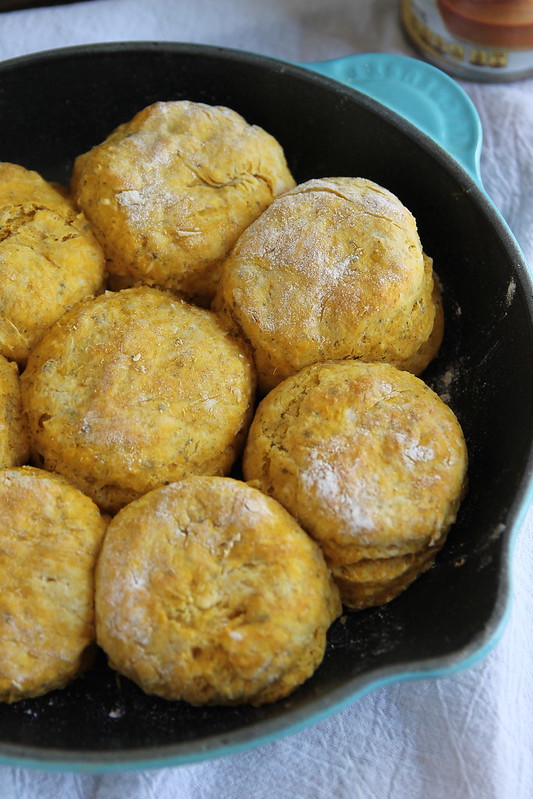 Well guys, I done diddly did it. I cracked open my first can of pumpkin for the season.

I say my “first” can and not my “only” can (which has been known to be the case in previous years) because for some reason I was feeling festive and bought two cans of pumpkin at the store.

Now that I’ve used up my yearly can and have another staring at me every time I open my pantry, I have to decide what else I will make with pumpkin this year. Maybe some Pumpkin Swirl Cake or Pumpkin Cinnamon Chip Cookies. Maybe I’ll put it towards a new recipe.

I’m the Designated Biscuit Maker in my family. My sweet potato biscuit recipe is probably 97% to thank for snagging Boyfriend (although that’s another recipe and story for another time). So it seemed only fitting to adapt my favorite recipe and throw in some pumpkin for the season.

I also added some dried sage and black pepper – I saw The Pioneer Woman do it once on her show (although I can’t for the life of me remember which episode), and while I couldn’t recall exactly how much she used, I just went with my gut and spiced up my biscuits as I saw fit. And I saw fit to have a good amount of dried sage and spicy black pepper. The herby sage and the mellow pumpkin balance nicely with the occasional zing when you bite into a bigger piece of black pepper.

This month my fellow #12Bloggers and I were challenged to bring you all pumpkin recipes. Make sure to check out each of their recipes for this autumnal season below: 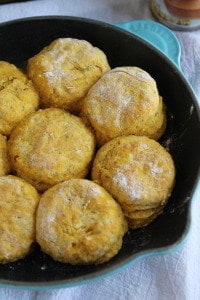