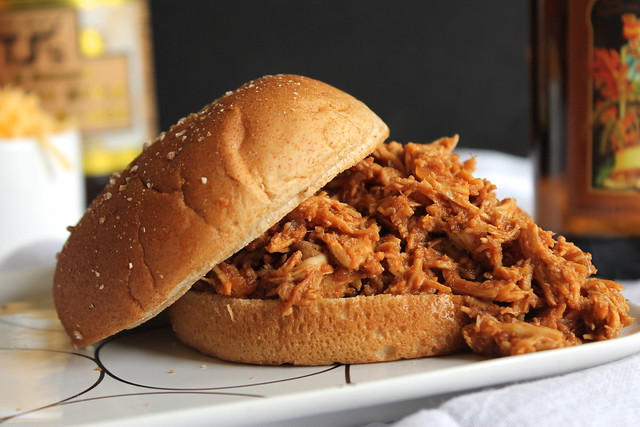 Yes, that’s right. I have just recently gotten into Friday Night Lights. For someone who is usually obnoxiously punctual, I am rather late to this party. But now that I’m there, I don’t ever want to leave.

Oh, and Shane from The Walking Dead died last night, too (finally). Yes, we are also late to that party. Go figure.

Other things that happened last night: Boyfriend raided the refrigerator, pulled out some things that really needed to be used up, and made some awesome Barbecue Pulled Chicken Sandwiches in the crock pot. This was amazing for two reasons:

Reason A: I was starving.

Reason B: It gave me something to post today, and I didn’t even have to come up with the recipe myself.

I’ve said it before and I’ll say it again: I win all the prizes for finding myself a man who can cook.

So I now present you with a stupid-easy recipe, made entirely with items you probably already have in your kitchen. 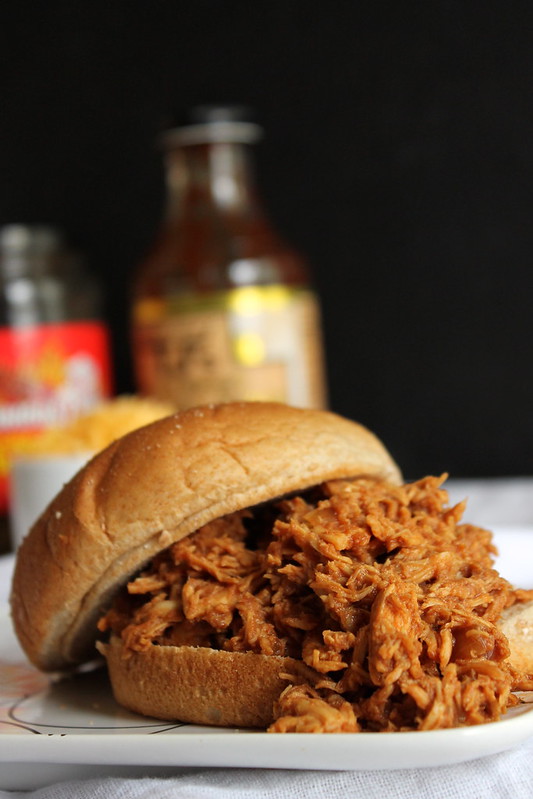